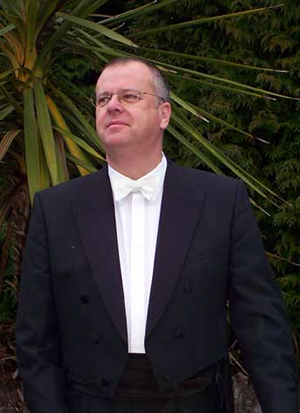 Nigel Seaman was born in Denbigh, North Wales and began his brass playing career with Rhyl Silver Band. He then went on to study at the Royal Manchester and Royal Northern Colleges of Music with Stuart Roebuck, the renowned teacher and performer, who was for many years the tuba player with the Halle Orchestra.

Nigel also maintains a busy teaching schedule and has been tutor of tuba and brass studies at the Royal Welsh College of Music and Drama in Cardiff since 1977.

A large part of his music-making includes brass band conducting and he has held a number of appointments with all the top Welsh brass bands, including Cory, BTM and Parc & Dare and was Resident Conductor of Tredegar Town Band from 1994 to 97, arguably one of the band's most successful periods.

During 1998, Nigel was Resident Conductor of the Flowers (Cheltenham) Band, one of the top West of England bands.

In October 1999, he resumed his link with Tredegar Band, assisting them in their preparation for the National Brass Band Championships, where the band was awarded third prize.

Since 2003 Nigel has been associated with Desford Colliery Band, working with them in contest, concert and CD recording ventures. In October 2005,he directed the band at the National Brass Band Championships in London's Royal Albert Hall and the following year appeared with them at the Midlands Area Contest. In September of 2006, he directed Desford at the British Open Contest in Symphony Hall Birmingham, gaining an impressive 3rd place with them.

2007 was also a successful year for the band; qualification at the Midlands Area contest meant the band made a return visit to the Albert Hall later in the year and in May they also gave an impressive performance at the Cambridge Masters Contest. In 2008 Desford again won the Midlands Area contest thus gaining the invitation to appear once more in the National Finals in London.

At the end of May 2008, under Nigel's direction, the band was awarded the top prize at the All England Masters International Championships in Cambridge performing Martin Ellerby's Malcolm Arnold Variations.

He is also much in demand as a freelance conductor and adjudicator and is currently working with a number of bands in Wales and beyond. These include Professional Musical Directorships with the Markham Band and guest visits to Tredegar Town, Parc & Dare, Burry Port, Cwmaman, RAF St Athan, Penclawdd, Newport and Treherbert and Upper Rhondda. Visits further afield have included Lydbrook, Bath Spa, Cheltenham, Portishead, Swindon, Yeovil Town and Gloucester Youth Band.

During the last 30 years he has directed more than 350 contest performances and many more concert appearances with more than forty different bands.

For 10 years, Nigel presented the popular 'Sounding Brass' programme on BBC Radio Wales and during his professional playing and conducting career he has travelled extensively in the UK and undertaken many overseas tours, which have included visits to United States of America, Canada, Russia, Japan, Netherlands, France, Germany, Spain, Austria, Hungary and Czech Republic. 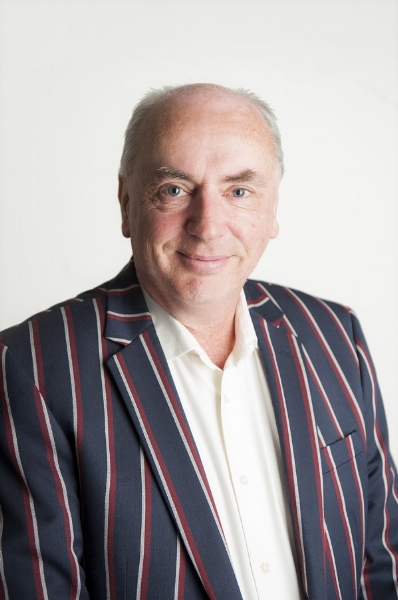 Peter Maunder was born in Hull, United Kingdom in 1960 and began his music making at the age of 9 on the guitar. At 11 he took up the euphonium and then the trombone, later going on to study at Huddersfield Polytechnic (now University) with Barrie Webb and Terry Nagle as trombone tutors and Michael Holloway for composition.

Peter’s postgraduate study was at the National Centre for Orchestral Studies in London where he received additional tuition from Christopher Mowatt and Denis Wick. Peter has worked as a freelance musician with The Halle, Royal Liverpool Philharmonic, English Northern Philharmonia, BBC Symphony, Bournemouth and Northern Sinfonia Orchestras.

He was member of the Marini Trombone ensemble and performed with the Yorkshire Baroque Soloists on original instruments. During this time he also appeared with Grimethorpe Colliery, Black Dyke, WIngates, Fairey Aviation, Foden’s, Yorkshire Imperial and Lewington Yamaha brass bands.

Peter was the recipient of the NZSO Bursary in 1999 which allowed him to study in the USA with Mark Lawrence, Joseph Alessi, Norman Bolter and Michael Mulcahey. His time at the NZSO also allowed him to continue his arranging and composing. His works have been performed and broadcast worldwide.

Peter has also performed extensively as a soloist and chamber music player, notably with the Talisker Trio and in combination with piano, harp, percussion and organ. His CD, “Under the Surface” including his own works was released in 2009.  Peter also studied psychology extramurally and after leaving the NZSO in 2012, completed his Honours degree at Victoria University in Wellington the following year. He currently divides his time between Orchestra Wellington and as a mental health professional.